There is an estimated 50 million men who suffer from hair loss. With most men the main culprit is genetics. Until recent years men who suffered with hair loss would just shave their head to hide their hair loss but with recent advances in hair restoration, men can now stop their hair loss and regrow it. Therapies include FDA approved solutions for hair loss such as minoxidil, Low Level Laser Therapy, and Propecia. 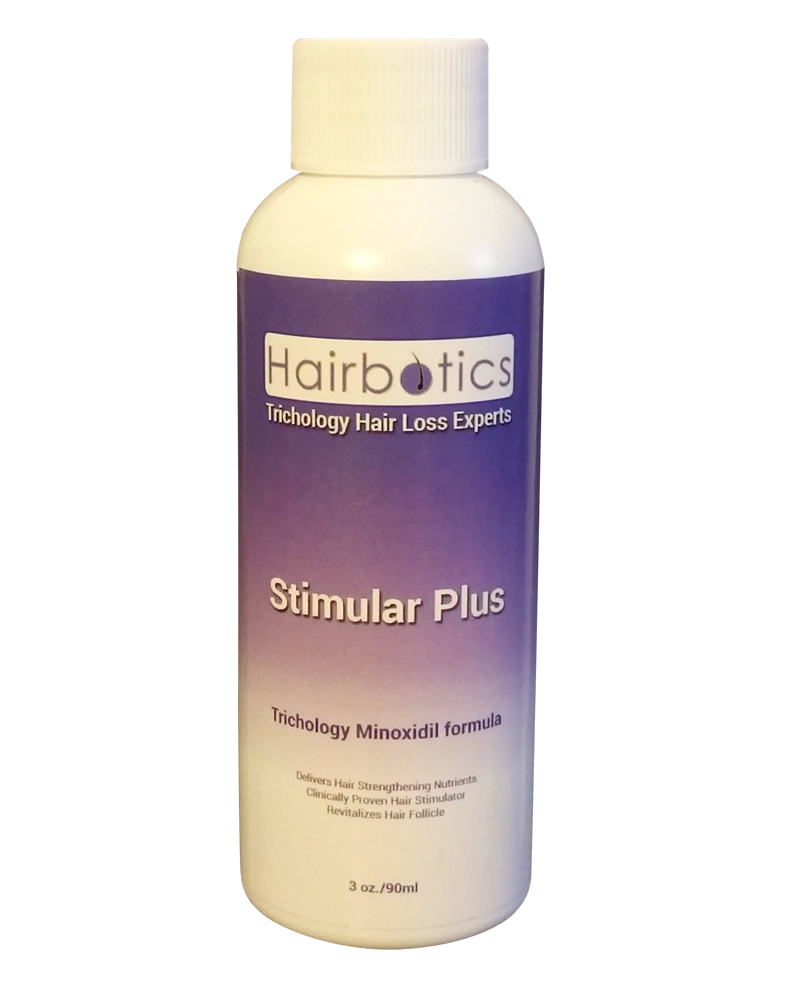 Minoxidil is the only FDA approved ingredient to regrow hair

Although both men and women can suffer significant hair loss, over 50% of men will suffer with Male Pattern Baldness (MPB), also known as androgenetic alopecia, at some point in their lives. The reason behind hair loss is a genetically inherited sensitivity to Dihydrotestosterone (DHT) and 5-alpha-reductase. The enzyme 5-alpha-reductase converts testosterone, a male hormone, to DHT, the substance identified as the end-cause for hair loss.

What exactly are androgens? Androgens are sex hormones mainly produced by males, the main one of which is testosterone. Androgens are produced by the adrenal glands, which protect the body in stressful situations by also producing adrenaline so that the body may respond to situations it deems to be threatening. The stress of daily life in Western civilization has caused a state of alarm in people that has made the body unable to distinguish between everyday stressors and threatening situations. Therefore the adrenal glands in most people in Western civilizations are overactive, constantly producing adrenaline and naturally producing testosterone along with it. Additionally, the over-consumption of red meat and high fat foods in Western society cause an overactive adrenal gland, perpetuating this situation.

There is a definite connection between the syndrome of Male Pattern Baldness (MPB) and the prostate gland. The prostate gland is actually a cluster of small glands in males surrounding the urethra, located just below the bladder. There is not a lot known about all the functions of the prostate, except that it serves to squeeze seminal fluid into and through the urethra during ejaculation. Prostate problems can cause serious problems with urination it becomes enlarged, and sometimes the prostate becomes cancerous. The syndrome of non-cancerous enlargement of the prostate is known as benign prostatic hyperplasia (BPH).

DHT is responsible for the division of cells in the prostate, and is normally expelled by the prostate. However, when the prostate fails to expel the DHT, it builds up and causes enlargement. It has been confirmed that typical North American and northern European diets lend to the perpetuation of BPH and prostate cancer, whereas these are uncommon phenomena in other lands and was even uncommon here in the past. This is significant because the overproduction of DHT is responsible for BPH and prostate cancer, and is also responsible for MPB or androgenetic alopecia. The findings in research for BPH cures have usually simultaneously produced benefits in hair growth. Additionally, changes in diet are necessary to avoid all of these conditions and improve overall health.

Below are some of the top reasons why men lose their hair.

1. Genetics – Hereditary hair loss (Androgenetic Alopecia) is the number one cause of male pattern baldness. As a man gets older his follicles on the scalp begin to miniaturize due to the hormone DHT (dihydrotestosterone). These follicles, found in the frontal hairline and extending into the top and crown of the head, become smaller and produce a hair that is progressively thinner and less pigmented called vellus hair.

2. Illness – When you are ill, your body taps reserves of stored nutrients and when these are depleted, your body takes these nutrients from wherever it can, therefore robbing other parts of your body of nutrients that they require. Remember, certain disease like diabetes, thyroid, gastro-intestinal, hepatitis, cardiovascular, and prostate problems can cause hair loss. Treatments that can lead to temporary hair loss also include chemotherapy, radiation therapy and surgery.

3. Poor Diet – for a hair follicle to produce healthy hair it needs the proper amount of vitamins, minerals and nutrition. When your diet lacks certain nutrients such as zinc, B-vitamins, essential fatty acids, amino acids, and protein, your hair follicles are unable to function in optimal condition. When this occurs the connective tissue that surrounds the hair bulb gets weak and ultimately hair loss occurs. Poor diet can also lead to excess shedding, hair strand breakage and weak connection of the hair strand at the root.

4. Stress – Environmental and emotional stress can lead to a sudden onset of hair thinning or patchy hair loss that does not correspond to the typical pattern of male pattern hair loss. This can be because of some medical condition which has not yet been identified and treated, or stress. Reduce stress if you can and if the loss persists, seek medical attention.

5. Medications – Drugs may affect hair follicles in the anagen phase (the growth phase) and the telogen phase (resting phase). In Anagen Effluvium hair loss usually occurs within days to weeks of drug administration, whereas in Telogen Effluvium, hair loss becomes evident 2 to 4 months after starting treatment.

© 2020 All Rights Reserved by Bobby Spence